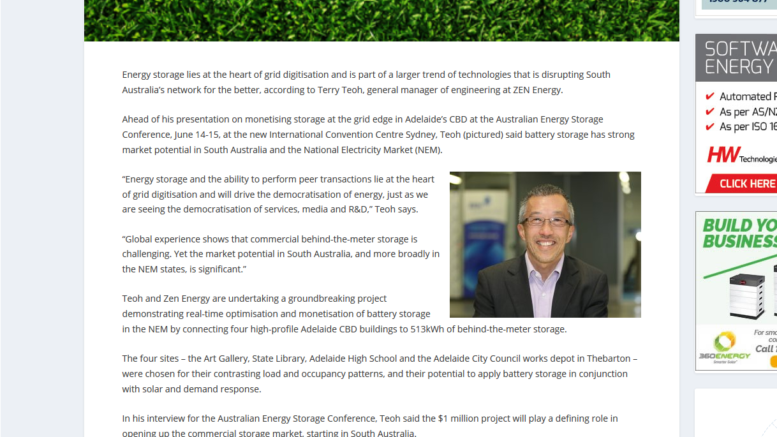 Ecogeneration have published an article announcing that the State Library of South Australia is one of four high-profile Adelaide CBD buildings part of ZEN Energy’s $1 million battery storage project. The project’s aim is demonstrating real-time optimisation and monetisation of battery storage in the NEM by connecting the buildings to 513kWh of behind-the-meter storage.

Off-Grid Energy have profiled a Redflow ZCell battery installation on a 100-hectare property in Willunga, South Australia from October 2016. Some key points… Why was this article particularly of interest to us? As explained on our site here, we are…

Off-Grid Energy have published a case study of a solar and battery installation at a remote property within the Nitmiluk National Park, Katherine. The system included a 7kW polycrystalline solar array on the roof and a 53kWh sealed gel battery…