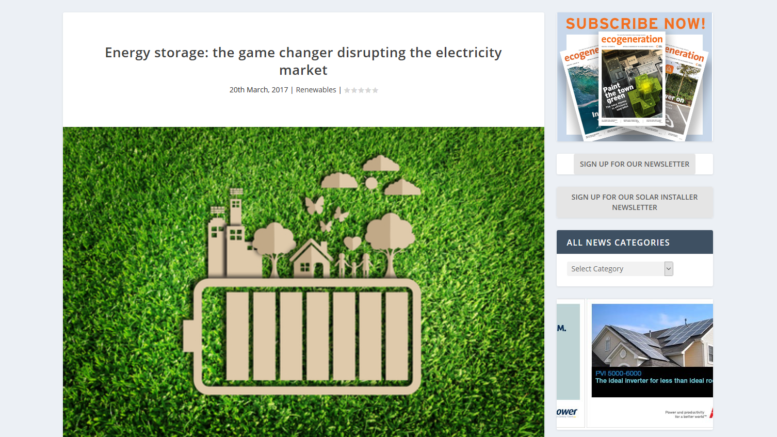 Ecogeneration have published an article stating that The Art Gallery of South Australia is one of four high-profile Adelaide CBD buildings part of a project demonstrating real-time optimisation and monetisation of battery storage in the NEM by connecting the buildings to 513kWh of behind-the-meter storage.

Off-Grid Energy have published a case study of a solar and battery installation at a home in the Adelaide Hills area, SA. The homeowner was seeking a level of energy independence for their home, while freeing up an existing solar…