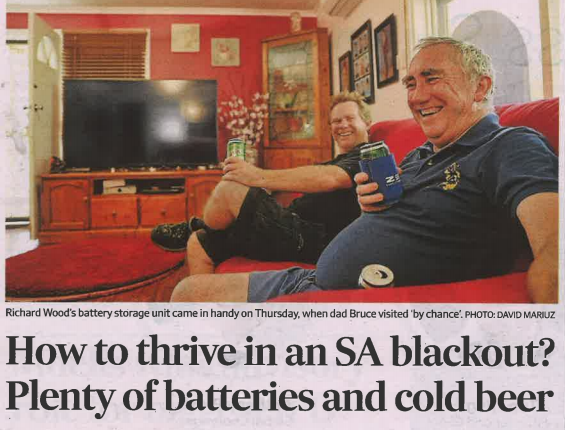 Last week during the blackouts in South Australia, The Australian Financial Review posted this article about Bruce Wood, a 70-year old retiree and his son Richard Wood enjoying cold beers and watching TV while others in his area were dealing with the effects of another blackout.

Back on 8th December 2016, ABC news posted this article about the residents of Sydney’s Stucco apartments in Newtown being one of the first multi-dwelling buildings to install a shared solar and battery storage system. In this case, the ABC…