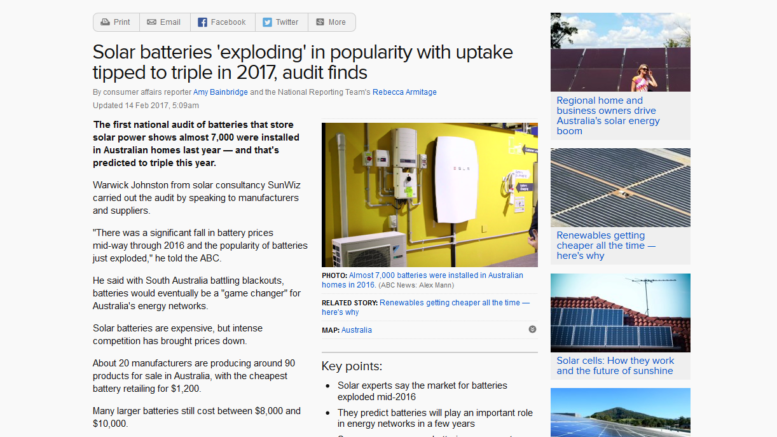 In February, the ABC reported that almost 7,000 batteries were installed in Australian homes in 2016 and that figure was expected to triple this coming year. The article also mentioned Sydney resident Alan Jones who was one of the first Australians to have a Tesla Powerwall installed in his home in late 2015.

Acquion Energy have reported on an integrated energy storage installation near the small rural town of Emmaville in New South Wales. Some key points… Why was this article particularly of interest to us? As explained on our site here, we…